FlyingFreedoms is a reference to the four freedoms articulated by US President Franklin D. Roosevelt. We are living in times where these four freedoms, on which our human rights are founded, are challenged every single day. In my project, I have allocated a specific color to each of these freedoms.

In the balloon world created by FlyingFreedoms, which will become airborne on Roosevelt Island in New York in 2021, the balloons represent the various continents, countries, regions and cities around the world.
Balloons that use all four colors symbolize that all four freedoms are respected. In many countries, however, these freedoms are being threatened and restricted. I illustrate this absence of freedom by means of grey segments on the balloons. More than half of the balloons do not have all four colors – a sad truth. It is left up to the observer to interpret which balloon represents which country, region or city. The New York authorities have given their approval of this project in autumn 2018. 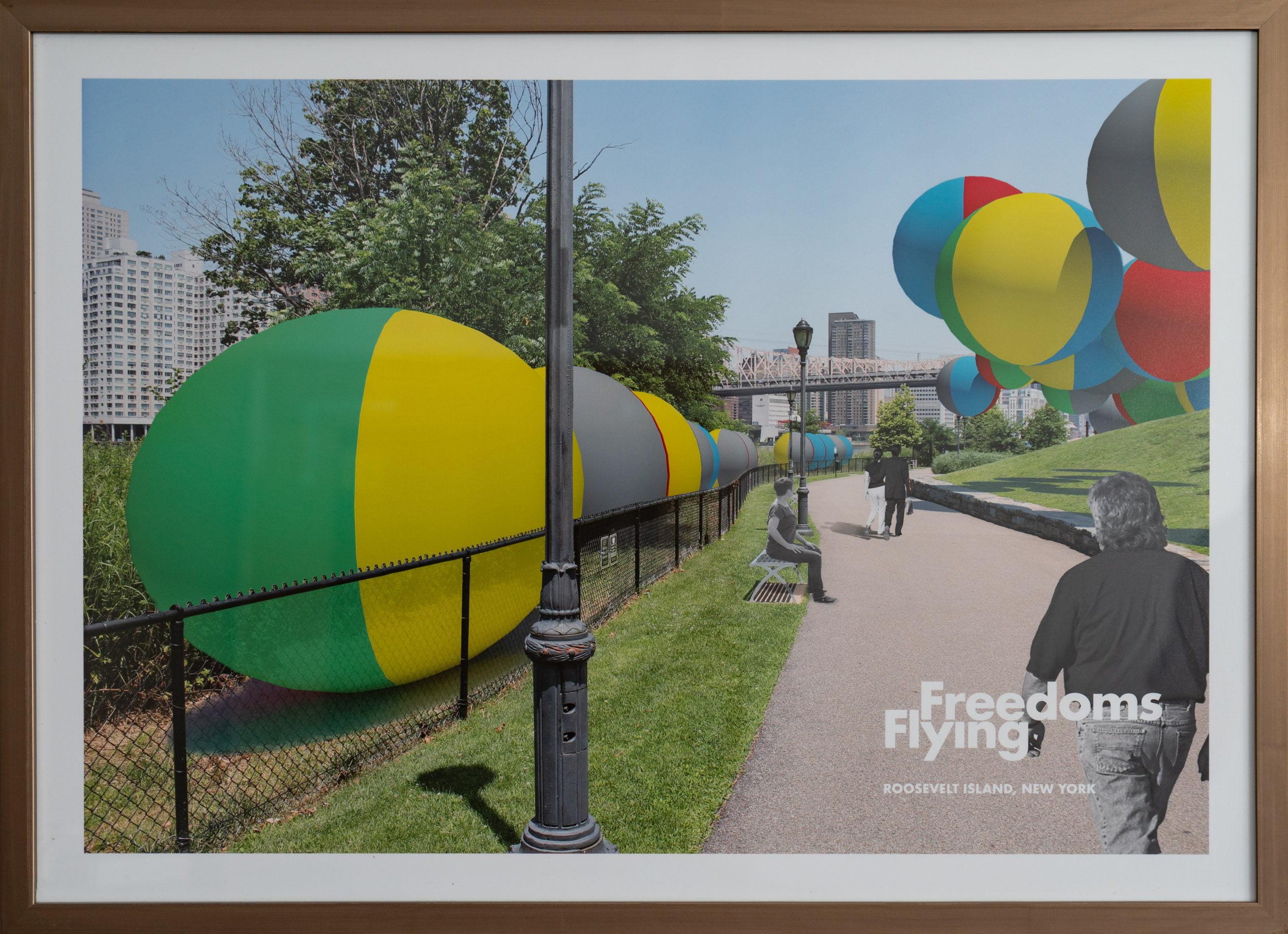