HighWireAct was first exhibited in Dresden at Urstrom, an outdoor art festival involving German, Austrian, Italian and Swiss sculptors and landscape artists in the autumn of 1991.

We decided to take a different approach to the AirWave project previously displayed on the Kirchenfeld Bridge in Bern: rather than suspending the streamers from below the pedestrian eyeline, we lifted the string of 81 banners about 30 metres from street level to create a completely new effect. The bright red streamers seemed to fall from the sky. On a calm day, the pedestrians and motorists in the cars below had the sensation of a curtain descending from the heavens, a moving ceiling of colour between them and the bridge suspension. On windier days, the streamers fluttered and rustled through the sky. The air became an active element in the space between the street level and the curved suspension of the bridge, a space usually perceived as empty, now filled with movement and sound. A moving curtain of shadow above creates the feeling of another time, another place: one is walking through a tent, or perhaps one is underwater, watching the seaweed float in blue liquid.
The experience is a unique one. It is spontaneous, unexpected. It will never occur in the same way again. The display lasts for only a short time, but the memory of the experience lasts forever. There is no moral message inherent in HighWireAct: the viewer does not leave with the sense that he or she should take action
Rather, it is a soul message: a message that gently draws attention to the magical world of nature and of man-made objects in which we all live. 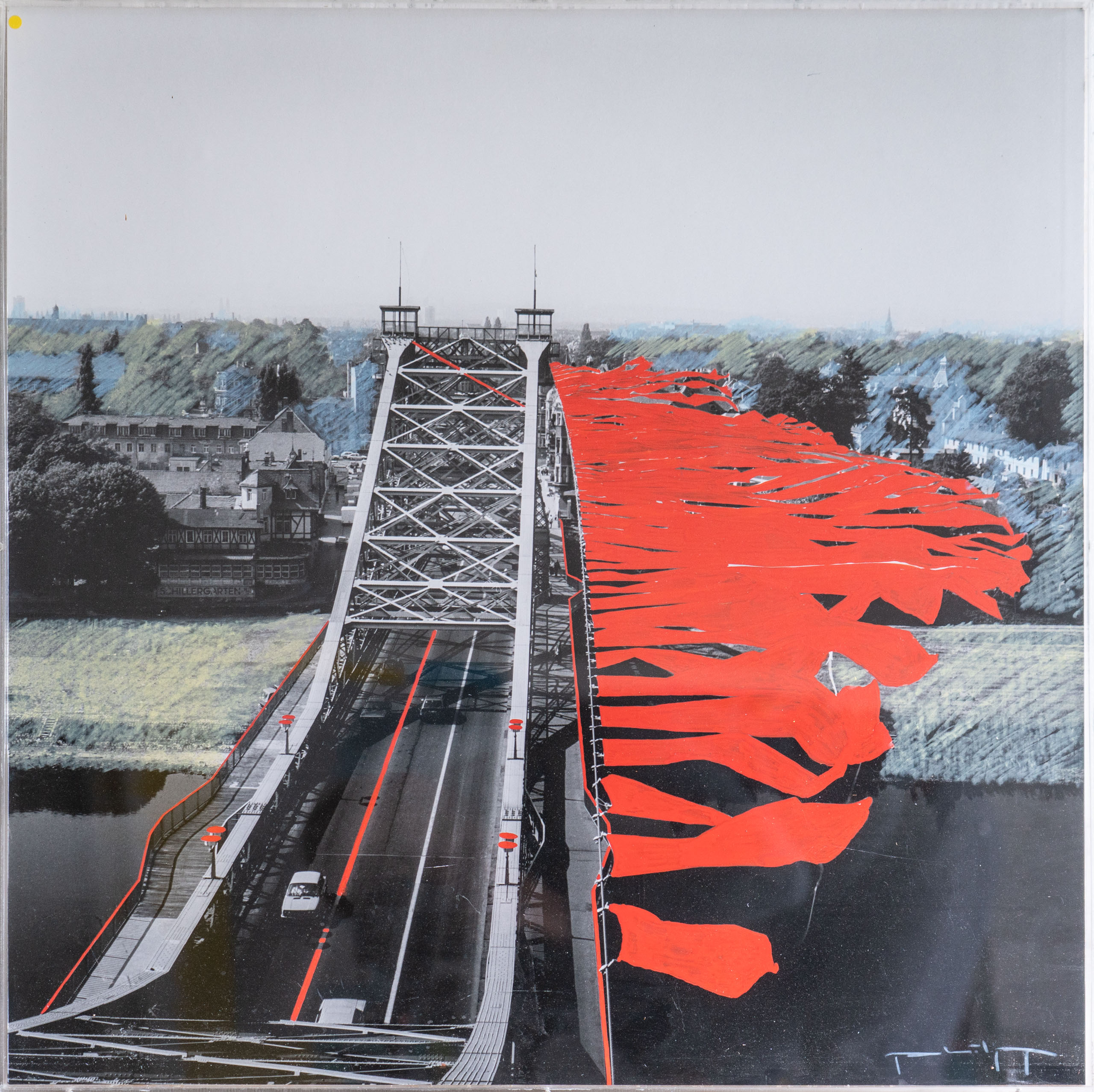